Commissioned by the British Government in 2005, The Stern Review shook the world with its searing examination of manmade climate change. Its predictions have been spectacularly vindicated by the evidence, and it remains among the most influential works of scholarship on global warming. On the Review’s tenth anniversary, its author, Nicholas Stern, Baron Stern of Brentford, spoke in Mumbai at the invitation[…]

Giving the Corporate Communications folks a handy little guide for structure, Rajesh Joshi explains how to make PR message development a truly logical and cogent process. Ask the right questions!   Corporate messaging can be both deceptively simple and frustratingly complex. When finally ready, everyone wonders what the fuss was all about; but when the message[…] 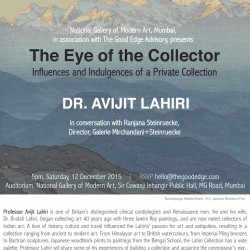 Dialogues with The Good Edge is an initiative to revive the culture of the public intellectual in Mumbai, one that flourished well into the 1990s with Nani Palkhivala’s masterful budget analyses. Through these talks, we seek to bring the most erudite voices in every sphere of public life to the people, to enlighten and inform in an engaging and[…]